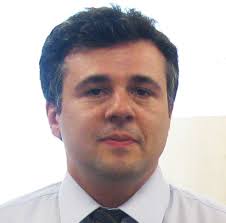 Professor Akhgar received the OBE, the second highest order of the British Empire award, in recognition of his services to security research.

A globally recognised leader in his field, Professor Akhgar’s pioneering research has made a considerable contribution to making the world a safer place through the development of innovative programmes to tackle organised crime, child sexual exploitation and terrorism.

Professor Akhgar is the director and founder of the Centre of Excellence in Terrorism, Resilience, Intelligence and Organised Crime Research (CENTRIC) at Sheffield Hallam University and has developed the Centre, bringing international renown and global influence.

Working with colleagues in CENTRIC, Professor Akhgar has brought together researchers, law enforcement agencies, policy makers and the public to bridge the gap between academic research and operational reality.

His commitment to security and tackling crime and cybercrime has helped CENTRIC forge hugely successful partnerships, including collaborations with Europol which have led to major advances in tackling cybercrime and cryptocurrency criminality and development of world first AI Accountability Framework for law enforcement agencies. 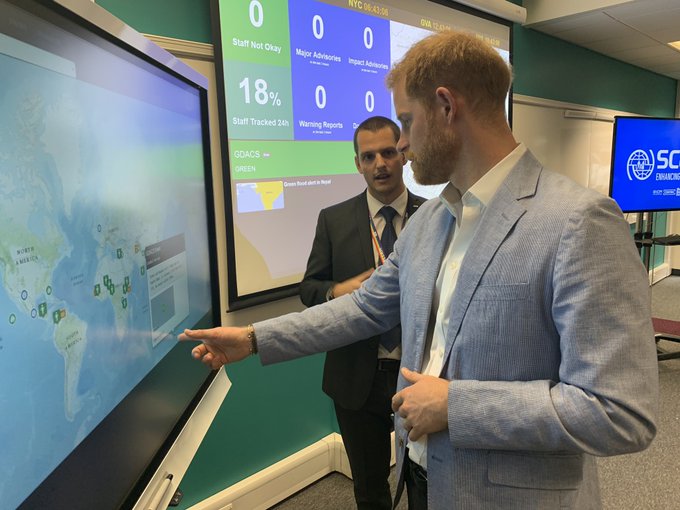 On Thursday 25th July, 2019 HRH Duke of Sussex visited Sheffield Hallam University to learn about the university’s commitment to applied research and addressing challenges in society.

The CENTRIC team were thrilled to be given the opportunity to meet the Duke and showcase our significant collaboration with UN Migration and the World Health Organisation on the SCAAN system. The team explained to the Duke how the system operates and gave a demonstration of how it would be used in the field.

SCAAN is a vital tool, currently being used in the field to help maintain staff security for both UN Migration and the World Health Organisation, if you would like to find out more watch this short film: SCAAN: Enhancing Staff Security 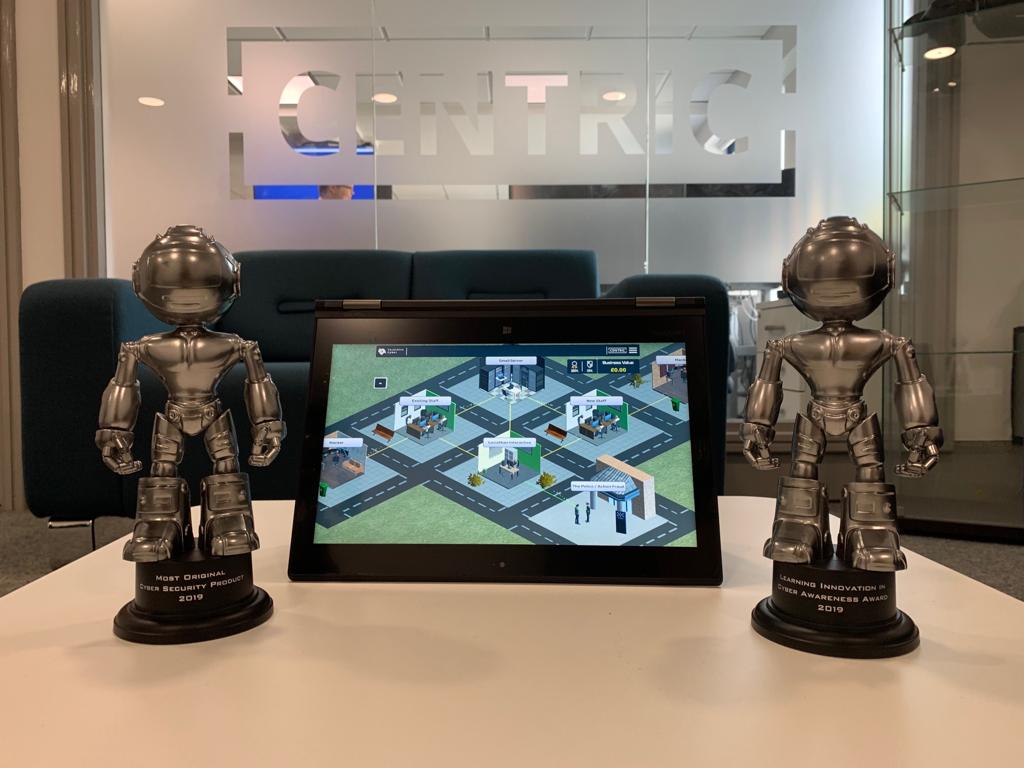 A team from CENTRIC met with members of the Protect Team at the Yorkshire and Humber Regional Cyber Crime Unit, to celebrate their successes at the recent National Cyber Awards and discuss continuing their award-winning collaboration. The ‘CYBER CENTRIC’ serious game that the two teams worked together to produce won two awards in April: Learning Innovation in Cyber Awareness and Most Original Cyber Security Product. The game beat more than 200 other nominees and was the only entry to be awarded two prizes. The game is being used throughout the region and beyond to encourage behavioural change in businesses in respect of cyber security. The innovative, educational game will be rolled out on a national level in early June. Keen to maintain momentum, the teams already have plans for further exciting work that combines academic excellence with professional expertise to turn research into reality and bring about positive change.

To find out more about the national cyber awards click here.

Virtual Reality at the European ... 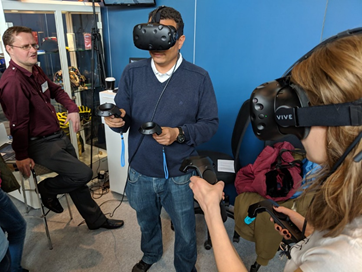 CENTRIC attended the EU Open Day at the European Commission’s Berlaymont building in Brussels on 4th May 2019. The event was open to members of the public to showcase examples of projects that had received EU funding. CENTRIC demonstrated the AUGGMED project as part of the DG Migration and Home Affairs stand.

AUGGMED is a serious games platform which utilises innovations in modern technology including virtual reality, mixed reality, and artificial intelligence to provide a cooperative training platform. The platform is intended to enable police, security forces and counter-terrorist units as well as first responders to train their staff in different VR environments with different scenarios and apply this training in the real infrastructure environment using mixed reality techniques.

Find out more about the EU open day here. 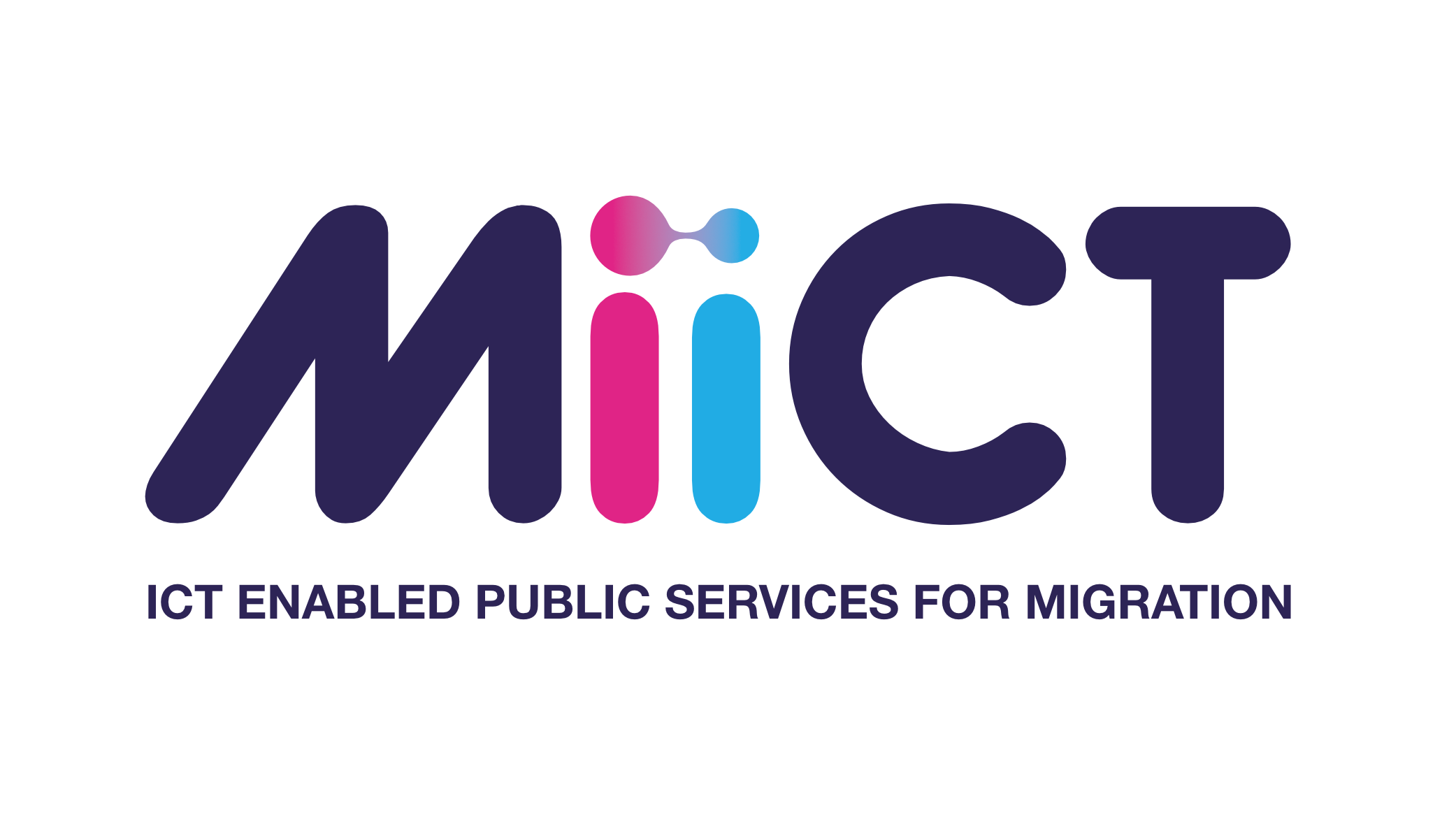 The MIICT Project started on the 2nd of April 2019 a series of focus group sessions and interviews at three pilot locations as part of participants and stakeholders requirements elicitation.

In each country three types of stakeholders are targeted through the focus group sessions and interviews. The first are members of the migrant community, including refugees, to establish an understanding of the challenges they face interfacing with key public services. The second are public service providers to establish an understanding of the challenges they have experienced and observed while working with migrant and refugee communities and offering them key public services. The third and last are subject matter experts and representatives from other interest groups, such as NGO’s to elicit broader challenges associated with the integration of migrant and refugee communities, in particular those associated with access to key public services through the use of ICTs.

Participants are also invited to take part in workshops in their pilot country to co-design public service transformations using ICTs. Cognitive and context mapping are used to create mind-maps of abstract processes that relate to the experiences of participants. Based on this, initial storyboarding will be conducted to describe, on a step-by-step basis experiences, including frames that define problem areas where the project development can facilitate improvements and implement change.

The mentioned activities – focus groups, interviews and workshops – are aligned with the MIICT methodology, which wholly embodies a participatory design approach, encompassing the principles of co-design and co-creation into the core of the project. All aspects of the project follow a three-phased approach of Inspiration, Ideation and Implementation that take the challenges and ideas identified by engaging with the very audience they are designed for, empowering them to work alongside us to co-create and develop deep insights into new and improved services and giving them the agency to engage and pilot the developed ICTs in the INSPIRATION phase.

Due to the fast-moving nature of this area, particularly in light of uncertainties surrounding the UK position post-Brexit, some of the latest developments, guidance, official releases and case studies from reliable and credible sources are presented and updated regularly to keep abreast of developments.

April 12, 2018. The Information Commissioner’s Office has fined Humberside Police £130,000 for failing to take appropriate and effective steps to secure the video interview of the victim of an alleged rape. The case involved unencrypted discs, containing sensitive personal data, which were left in an envelope in an officer’s desk and went missing. The force had an ... 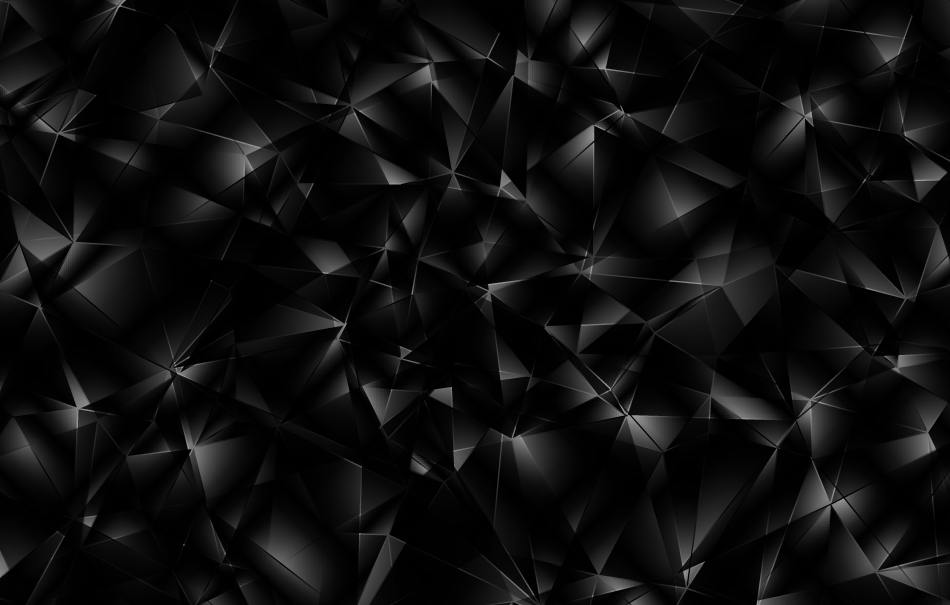 April 12, 2018. On 9th April, the ICO held a data protection conference in Manchester. The full agenda and a recording of the auditorium sessions can be seen via this link to the ICO web page: https://ico.org.uk/global/data-protection-practitioners-conference-2018 Some of the key outputs of the conference include: Recognition that because of the culture shift involved in adapting to the ... 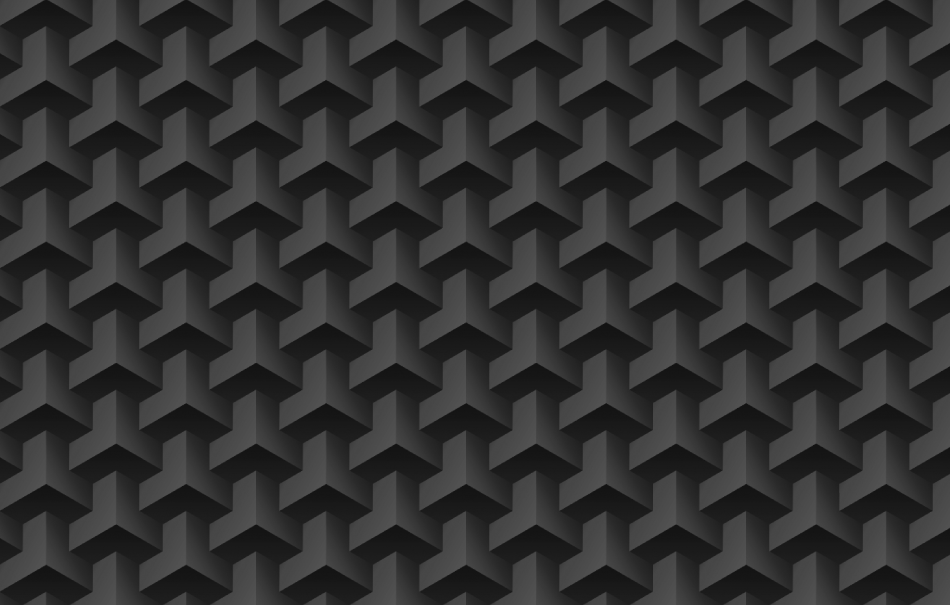 ICO provides advice for documenting activities under the GDPR

March 26, 2018. In addition to the ICO ‘Guide to the GDPR’, a series of short articles usefully expands on the particular requirement under the Regulation for controllers to document all activities. Link to the guidance is here.

February 28, 2018. Today (28th February 2018) marked the end of the consultation period for the Information Commissioner’s draft guidance in respect of processing children’s data under the GDPR. A final version will be published in due course, taking into account the results of the consultation. Nevertheless, the principles and requirements will not change substantially. This comprehensive and ...

February 28, 2018. The need for alignment with the European data protection framework, particularly in respect of law enforcement purposes, was emphasised by the Prime Minister recently. In her speech in Munich on 17th February, Theresa May referred to the UK’s high standards of data protection and the importance of creating stability and confidence for citizens. While much ... 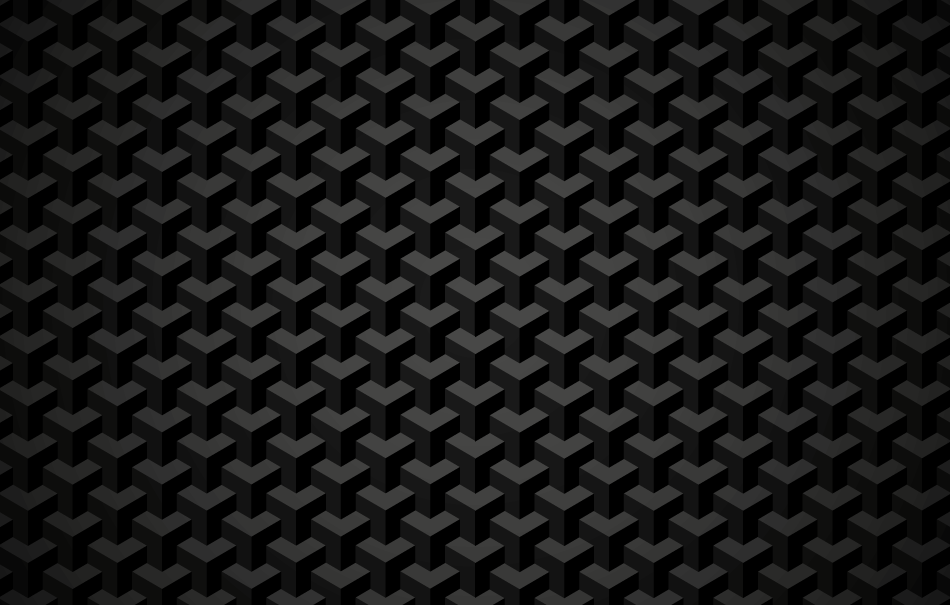 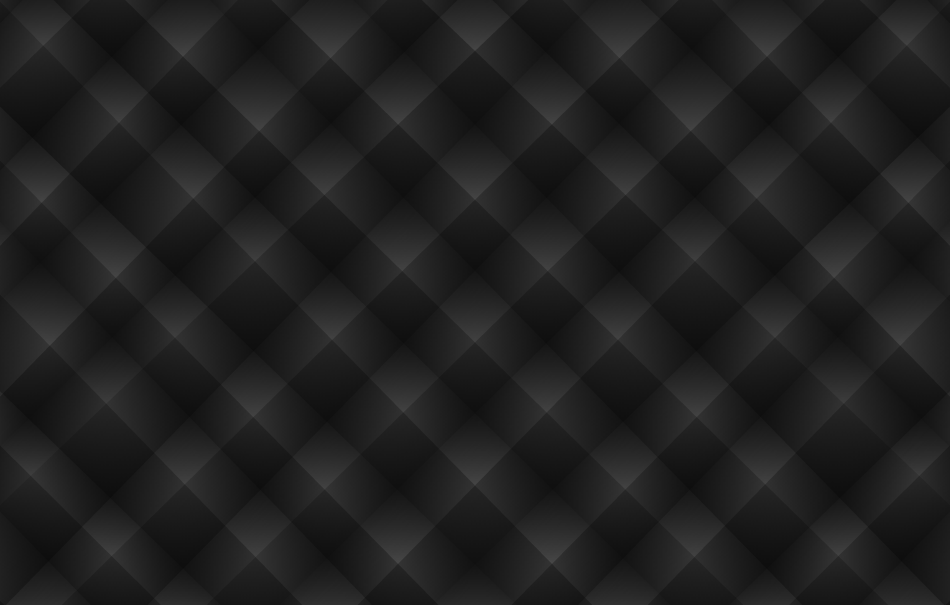 Communication from the European Commission

February 1, 2018. The European commission issued a document on 24 January 2018, which provides a useful overview of what has been achieved so far in terms of preparing for GDPR compliance. It also sets out what is yet to be achieved by 25 May 2018. Paragraph 3.4 of the Communication addresses the need for businesses, public administrations and other ...

January 31, 2018. Privacy and data protection issues are big news, particularly since the Snowden revelations in 2013. Actions by individuals and privacy action groups over the past few years have not only increased public awareness and sensitivity but have literally changed the law. Examples include: Invalidation of the Data Retention Directive; Invalidation of the Safe Harbour Agreement; ... 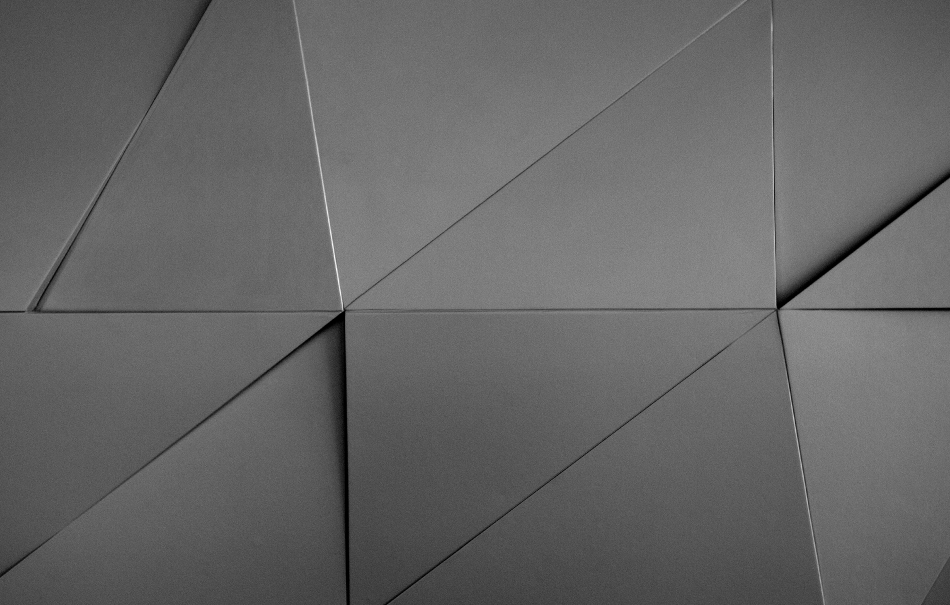 January 25, 2018. The European Commission has just launched a website for the purpose of providing clarity and support for GDPR compliance. The sections on the website range from reiterating the aims and objectives of the new legislation, to providing explanatory documents aimed at the various stakeholders. Of particular interest is the guidance: ‘Public administrations and data protection’. ...

January 15, 2018. The Government has published a Procurement Policy Notice (PPN) that sets out compliance requirements for the forthcoming GDPR in this respect. Although aimed particularly at central government, it may also be relevant to other public bodies. Guidance is provided in respect of reviewing existing contracts, ascertaining duties and obligations and suggested clauses are included, which ... 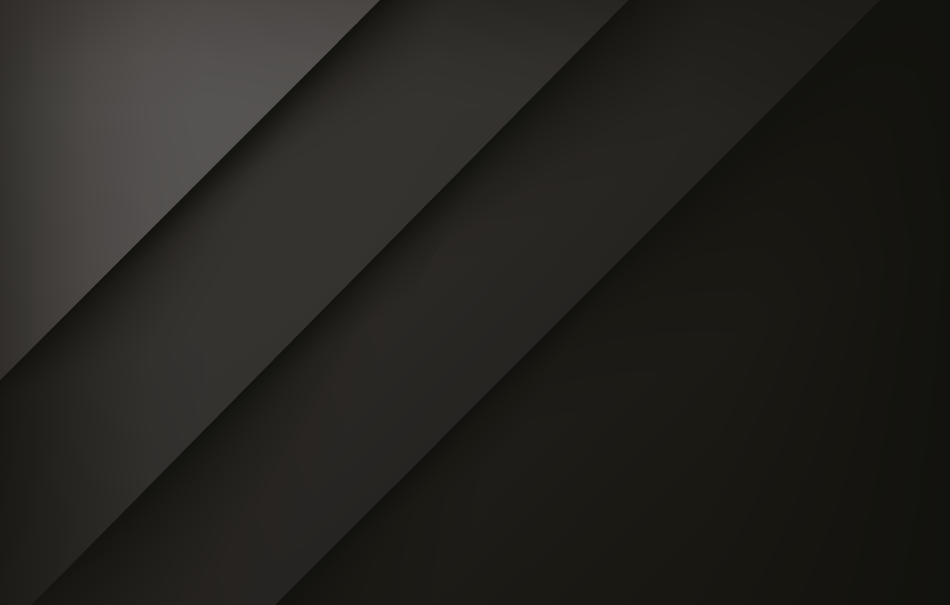 January 12, 2018. A recent survey carried out for the Information Commissioner’s Office indicates a lack of trust and confidence on the part of the public when it comes to businesses and organisations processing their personal data. However, the survey does show that public bodies are more trusted than private organisations with 53% having trust in the police ...

January 12, 2018. The case of Barbulescu v. Romania Application no. 61496/08 [2016] ECHR 61 (12 January 2016) (available here ) clearly set out the limits in relation to monitoring employee communications. The case involved the dismissal of an employee as a result of his personal communications at work, which were monitored. The Grand Chamber of the European Court ... 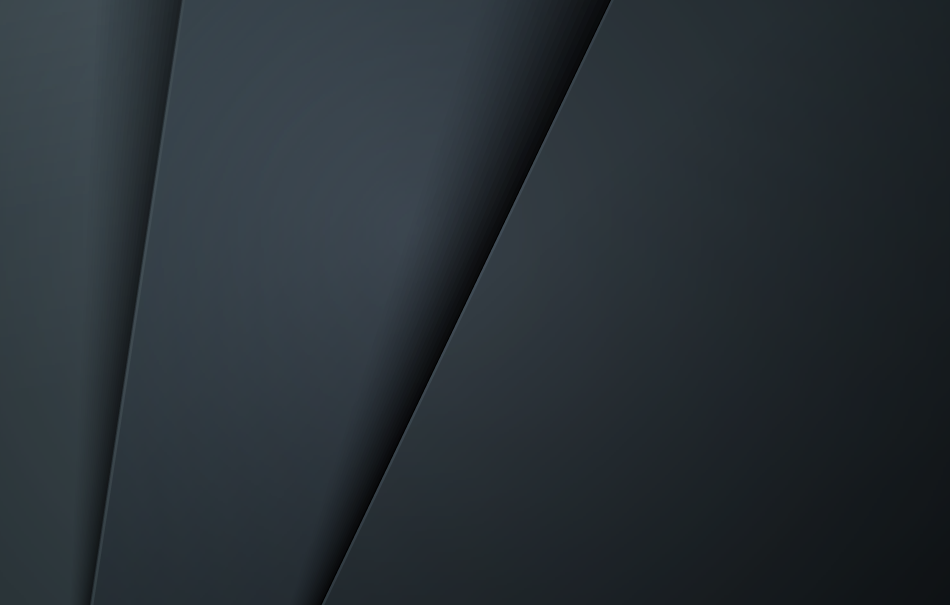 January 12, 2018. Although the sanctions for breaching the provisions of the GDPR have been widely circulated and are far higher than the current maximum fine (£500,000), the ICO has stated many times that fines are the last option; providing support and assistance are greater priorities and the first course of action that they will take, depending on ...

January 12, 2018. The GDPR will be in force from 25 May 2018, meaning that the UK must comply with its requirements as a European Member State. However, on exiting the European Union, the UK has stated that it will retain European standards in respect of data protection and will incorporate the GDPR into its national legislation. This ...