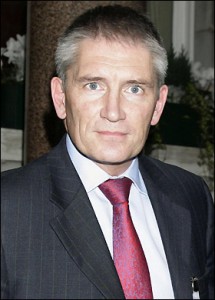 Meredydd retired as Chief Constable of the South Yorkshire Police in October 2011. His major national responsibilities had included leadership of major public and sporting events, firearms, public order, emergency planning and roads policing. His career culminated in his overall co-ordination of the UK Papal Visit in 2010, and his leading role in the Police planning for the 2012 Olympics. He now runs several successful companies, and acts as a Non-Executive Director for Sheffield Children’s Hospital, as well as several volunteer roles with local charities. He acts as a consultant internationally in his specialist fields. He is proud to be a Senior Research Fellow for CENTRIC, bringing his 32 years of Policing leadership to bear on critical problems experienced by our democratic society in a world of constant change – and threat.