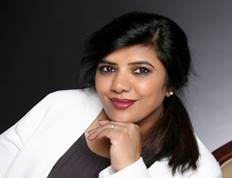 Rozila has for the past six years been working at a national capacity for the Association of Chief Police Officers (Terrorism & Allied Matters) in Westminster, London. Her previous role was managing a counter terrorism project funded by the European Commission in partnership with organisations in Germany, Sweden, Belgium, Czech Republic, Bulgaria, The Hague and Italy.

Over the last few years, she has received national recognition for my work in the police ranging from a Divisional Police Commanders Commendation, three separate awards from the Lancashire Criminal Justice Board for outstanding contribution to delivery of justice, a counter terrorism project and for Diversity in Action. In 2009 Lancashire Constabulary awarded Rozila the George Herbert Redmann Award for outstanding delivery of policing, and in 2011, and received a commendation for social cohesion from the National Association of Muslim Police Officers. Rozila also received a commemorative medallion for helping to deliver the safe and secure London 2012 Olympic Games.