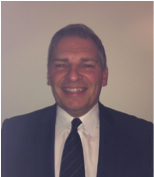 Raymond is a researcher within the Centre of Excellence in Terrorism, Resilience, Intelligence and Organised Crime Research (CENTRIC) institute at Sheffield Hallam University. He is currently involved with the European funded H2020 project UNITY, which focuses on strengthening the connection between the police and communities to maximise the safety and security of all citizens. Raymond recently retired from the UK police service where he specialised in the area of counter terrorism and serious organised crime. In 2013 he was appointed to the role of surveillance tactical advisor for the ‘G8’ Summit within the UK. He has represented policing on a number of UK national working groups by contributing to national policy, procedure and guidelines. Raymond has further enhanced his operational experience by gaining a BSc (Hons) Degree in Public Policy and Management and a Master’s Degree in Terrorism studies.  Raymond is presently studying towards a PhD in Mass Surveillance and Counter Terrorism.