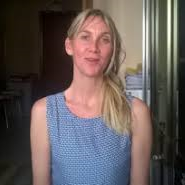 Karen Latricia Hough obtained her doctorate in Social Anthropology from the University of Oxford. She specialised in Refugee Studies and received many important awards for her research including the Vice Chancellorships’ Award and the Bagby Award.  She has written evidence for the Home Affairs Commission and published a variety of articles in Oxford University Press, Franco Angeli and Open Democracy.  Her research focuses on the development of Asylum and Immigration policy and she has worked as a researcher on several EU funded projects in the Russian Federation and Europe.  Karen has come to CENTRIC to work as a researcher on the MIICT project.