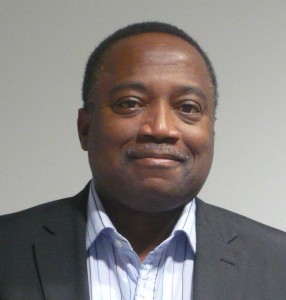 Bankole is Reader in Criminology and Human Rights at the Helena Kennedy Centre for International Justice which is based in the department of law and criminology at Sheffield Hallam University. Bankole’s research experience spans over 25 years, including academic posts at Lincoln, Hull, York and Northumbria Universities. Between 2007 and 2009, he was Director of the Centre for Criminology and Criminal Justice at the University of Hull. Bankole’s areas of expertise include criminal justice and race relations, post-colonial policing, community policing and comparative and international policing. His research portfolio includes several research projects with UK police forces on engagement with minority ethnic communities and youths funded mainly by local LCJBs, the OCJR/Ministry of Justice. He was one of the principal investigators in the National Home Office research on race and probation (2002 – 2004). He is on the editorial board of three journals including the Police Journal: Theory, Practice and Principles. His current research include study of causes of radicalisation; human rights and counter-terrorism; the PREVENT agenda and Muslim communities and the expected role of schools in the prevention of radicalisation. His publications include: Globalisation, Citizenship and the War on Terror (with M. Mullard 2007); Black and Asian Offenders on Probation (Home Office with Calverly, et al, 2004); Tackling Rural Drugs Problems (Humberside Police/Home Office, with N. Davidson, C. Burrows & L. Sturgeon-Adams, 1997). In addition, Bankole was external examiner of two major police training programmes in the North-East (2004-2008) and Cheshire (2018 – 2012). He has given papers at many policing conferences including IPES conferences at Poland, Malta and Macedonia. Bankole currently sits on two Ministry of Justice Advisory Groups on race and gender in the criminal justice system and has been a member of the British Society of Criminology since 1992.