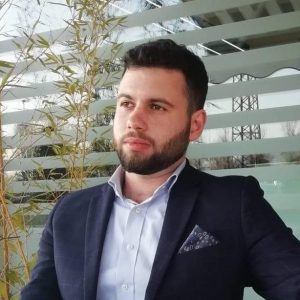 David is a researcher for CENTRIC currently working on the MIICT, PROPHETS and MINDb4ACT projects. Previously, he has worked for GIZ in cooperation with the East African Community as well as the Olive Tree Initiative, a conflict analysis programme. He graduated from the University of Glasgow with degrees in MA Hons Politics (First Class) and MSc International Relations (Distinction) and was awarded the 2012-2013 Henry Chalk Memorial Prize and 2017-2018 John Petersen Prize, respectively. He has undertaken a wide range of international relations and security modules and has a keen interest in applications of complexity theory in these fields.